INFORMATION ON HAND SANITIZER AND PRODUCTS

Apply product to the palm of one hand.

Apply product to the palm of one hand.

Hand sanitizers were first introduced in 1966, but only in medical settings such as hospitals and healthcare facilities. The product was popularized in the early 1990s.

Alcohol-based hand sanitizer is more convenient compared to hand washing with soap and water in most situations in the healthcare setting. It is generally more effective at killing microorganisms and better tolerated than soap and water. Hand washing should still be carried out if contamination can be seen or following the use of the toilet.

Hand sanitizer that contains at least 60% alcohol or contains a “persistent antiseptic” should be used. Alcohol rubs kill many different kinds of bacteria, including antibiotic resistant bacteria and TB bacteria. 90% alcohol rubs are highly flammable, but kill many kinds of viruses, including enveloped viruses such as the flu virus, the common cold virus, coronaviruses, and HIV, though is notably ineffective against the rabies virus.

90% alcohol rubs are more effective against viruses than most other forms of hand washing. Isopropyl alcohol will kill 99.99 % or more of all non-spore forming bacteria in less than 30 seconds, both in the laboratory and on human skin.

The alcohol in hand sanitizers may not have the 10–15 seconds exposure time required to denature proteins and lyse cells in too low quantities (0.3 ml) or concentrations (below 60%). In environments with high lipids or protein waste (such as food processing), the use of alcohol hand rubs alone may not be sufficient to ensure proper hand hygiene.[6]

For health care, optimal disinfection requires attention to all exposed surfaces such as around the fingernails, between the fingers, on the back of the thumb, and around the wrist. Hand alcohol should be thoroughly rubbed into the hands and on the lower forearm for a duration of at least 30 seconds and then allowed to air dry.

Use of alcohol-based hand gels dries skin less, leaving more moisture in the epidermis, than hand washing with antiseptic/antimicrobial soap and water. 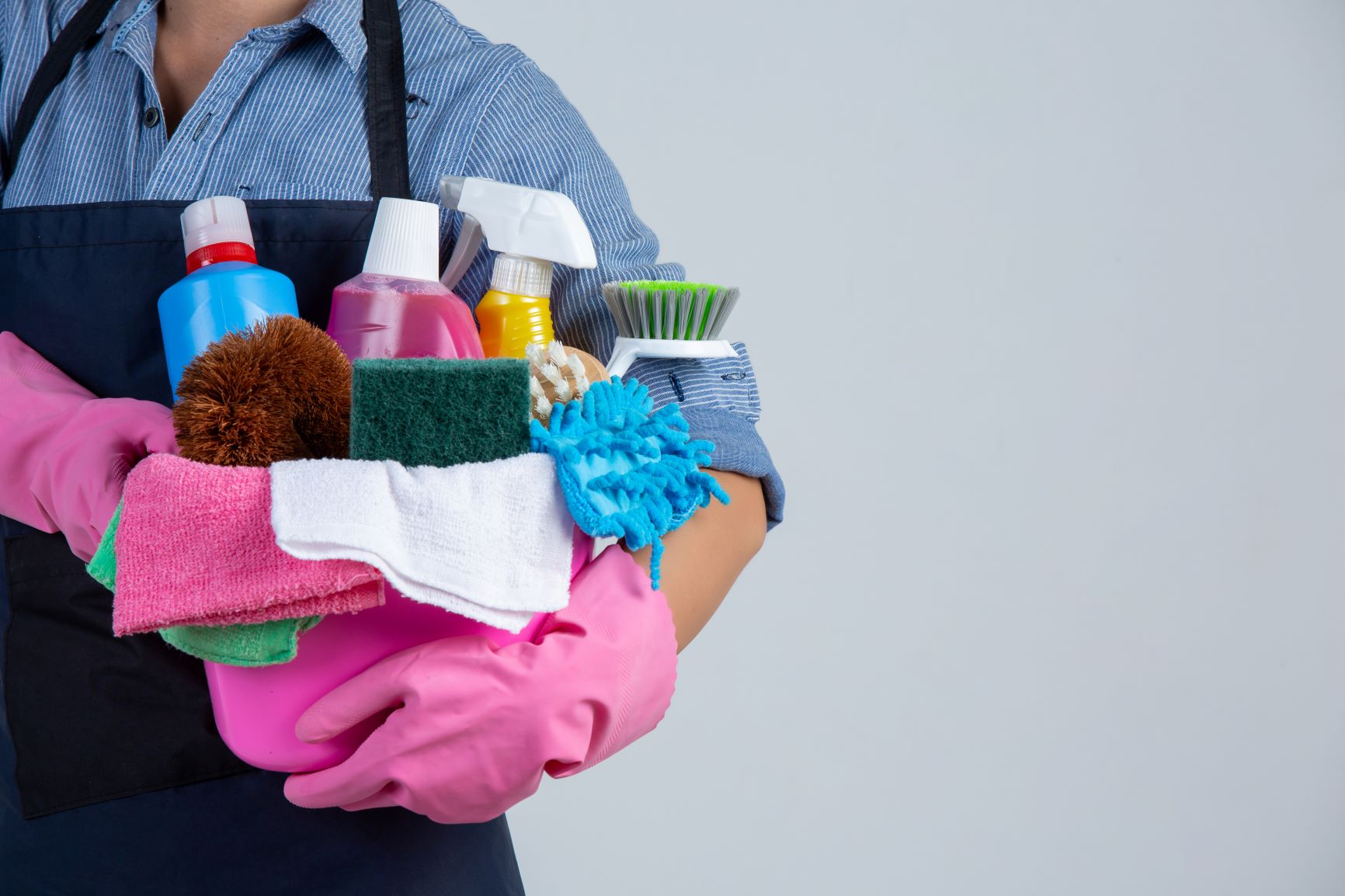 There are certain situations during which hand washing with water and soap are preferred over hand sanitizer, these include: eliminating bacterial spores of Clostridioides difficile, parasites such as Cryptosporidium, and certain viruses like norovirus depending on the concentration of alcohol in the sanitizer (95% alcohol was seen to be most effective in eliminating most viruses).

In addition, if hands are contaminated with fluids or other visible contaminates, hand washing is preferred as well as after using the toilet and if discomfort develops from the residue of alcohol sanitizer use. Furthermore, CDC states hand sanitizers are not effective in removing chemicals such as pesticides.

Alcohol gel can catch fire, producing a translucent blue flame. This is due to the flammable alcohol in the gel. Some hand sanitizer gels may not produce this effect due to a high concentration of water or moisturizing agents. There have been some rare instances where alcohol has been implicated in starting fires in the operating room, including a case where alcohol used as an antiseptic pooled under the surgical drapes in an operating room and caused a fire when a cautery instrument was used. Alcohol gel was not implicated.

To minimize the risk of fire, alcohol rub users are instructed to rub their hands until dry, which indicates that the flammable alcohol has evaporated. Fire departments suggest refills for the alcohol-based hand sanitizers can be stored with cleaning supplies away from heat sources or open flames.

However, alcohol may strip the skin of the outer layer of oil, which may have negative effects on barrier function of the skin. A study also shows that disinfecting hands with an antimicrobial detergent results in a greater barrier disruption of skin compared to alcohol solutions, suggesting an increased loss of skin lipids

Why you shouldn’t make your own hand sanitizer at home

Major health agencies and experts agree that making your own hand sanitizer at home isn’t smart. There are better ways to protect yourself from the coronavirus

The shortages and buying limits have spurred people to make their own hand sanitizer using recipes from Twitter, Reddit, Pinterest, countless blogs and even a pharmacy. But just because these recipes exist doesn’t mean you should follow them. 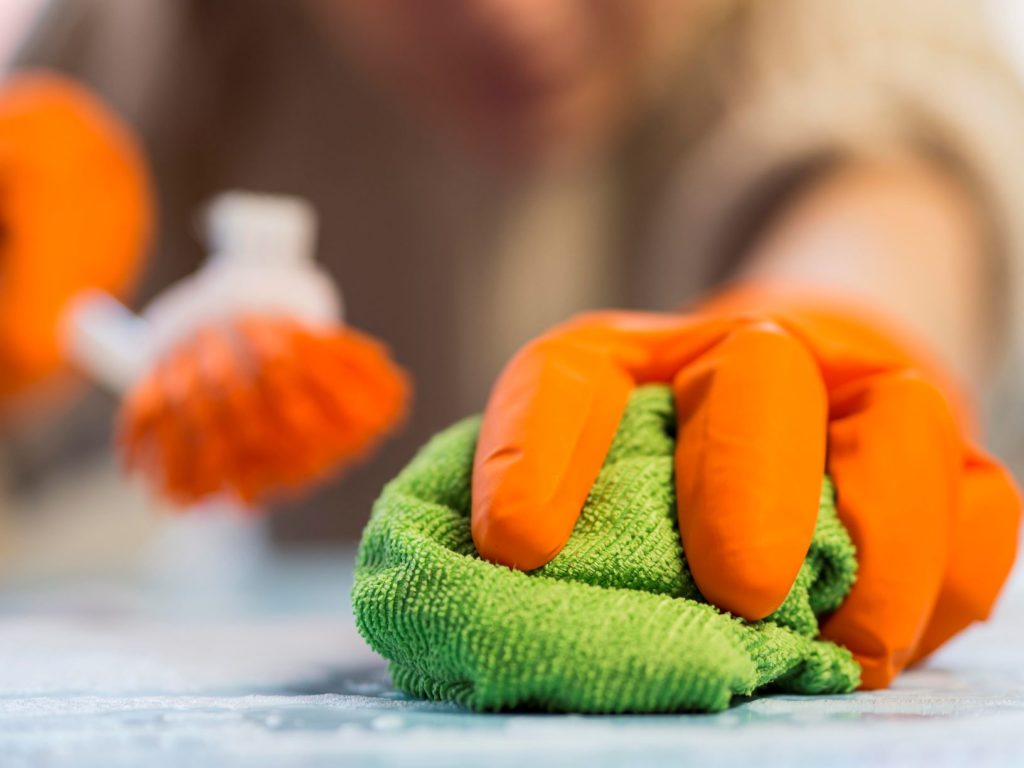 Reasons to not make your own hand sanitizer

First, the Centers of Disease Control recommends washing your hands over using hand sanitizer, unless you don’t have access to soap and water. Second, the FDA has said that it knows people are making DIY hand sanitizer at home, but that it doesn’t have any “verifiable information on the methods being used to prepare such products and whether they are safe for use on human skin.”

Lastly, experts caution that making homemade hand sanitizer is harder than it seems. If you don’t get the concentration right, experts warn that you’ll end up with something that isn’t effective or is too harsh, and is a waste of ingredients.

The key is to get the right ratio of ingredients. The CDC Control recommends using a hand sanitizer that contains at least 60% alcohol, which store-bought hand sanitizers have. But trying to replicate that on your own can be tricky, Dr. Sally Bloomfield, with the London School of Hygiene and Tropical Medicine .

Both the World Health Organization and the FDA have guidelines for making hand rubs (the agencies’ term for hand sanitizer), but they are designed for medical professionals, not the average consumer. The WHO’s official instructions call for denatured alcohol or isopropyl alcohol, glycerol (also known as glycerin), hydrogen peroxide and sterile water. You must measure the concentration of alcohol in the final product using an alcoholometer to ensure it is effective at killing germs and safe to use.

The recipe also does not recommend including any dyes, essential oils or other fragrances because they could cause an allergic response — a lot of DIY recipes call for essential oils to mask the smell of alcohol.

On March 20, 2020, the FDA released its temporary guidelines for pharmacists and other manufacturers to make hand sanitizer. Under its recommendation, you must use pharmacy-grade ingredients, test the alcohol level in the final product, and label the finished formula. The FDA recommends the WHO’s formula, and echoes that adding additional active or inactive ingredients (such as aloe vera gel or essential oils) “may impact the quality and potency of the product.”

The FDA also notes that it is “aware of reports that some consumers are producing hand sanitizers for personal use; the Agency lacks information on the methods being used to prepare such products and whether they are safe for use on human skin.” Unless you can follow the instructions outline by the WHO, making your own hand sanitizer just isn’t smart for your own safety. 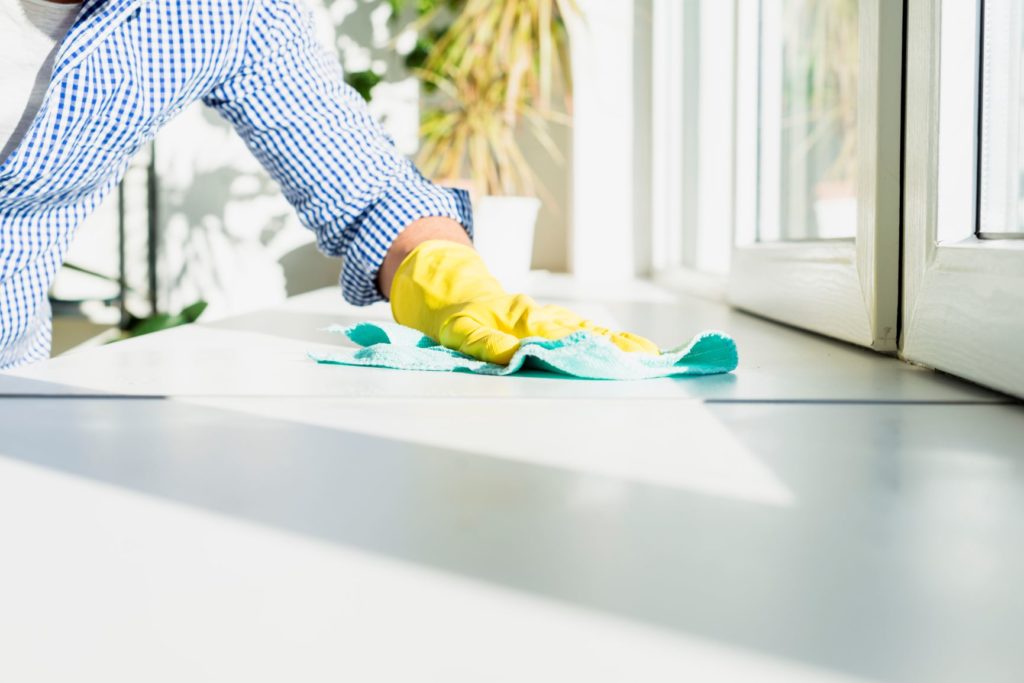 Most of the countless recipes out there use a mix of 91% or 99% isopropyl alcohol (also known as rubbing alcohol) and aloe vera gel, which is necessary to add moisture to your skin because alcohol will dry it out. In these recipes, the typical ratio is two thirds rubbing alcohol to one third of a cup of aloe vera gel.

Even if you follow that recipe, you can still mess it up. Mixing it at home, you can’t control how the alcohol gets diluted in the final product. If you don’t use enough aloe gel, it will dry out the skin on your hands, which can cause it to crack or bleed (the same is true if you just pour rubbing alcohol on your skin).

But if you don’t use enough alcohol, the final product won’t be as effective at killing germs as store-bought hand sanitizer — rendering it basically useless according to some experts. You can also contaminate your batch with bacteria by not using clean tools to mix it together.

The final issue is that because of the popularity of these homemade hand sanitizers, the ingredients are now harder to come by. So even if you want to make it, you might not be able to find rubbing alcohol and aloe vera at your local drugstore.

You should avoid recipes that call for vodka or spirits because you need a high proof liquor to get the right concentration of alcohol by volume. That’s because most liquor is mixed with water, so if you mix a 80-proof vodka (which is the standard proof) with aloe, you’ll have hand sanitizer that contains less than 40% alcohol. In response to a tweet about someone using Tito’s Vodka to make DIY hand sanitizer, the company responded by saying that you shouldn’t use its product for that purpose.

So what should you do instead?

Also avoid touching your face in general, but especially with dirty hands. Most everything you touch throughout the day is covered in germs and if you touch your mucous membranes (lips, noise, eyes) you can spread viruses and bacteria into your own body.

If you want to use other disinfecting products to clean your hands or surfaces, the Environmental Protection Agency released a full list of products that can kill the virus.
I don’t advise it, but if you’re determined to make your own hand sanitizer (and can actually find the ingredients to do so), avoid any recipes that don’t use at least 60% alcohol. Otherwise, just wash your damn hands.
NOTES

Please note that the above information is taken from various health organisation and news sites and is only for educational purposes when it comes to making your decision on effective solutions for your location. Contact us for a full list of product offerings we can assist you with.